If you’re a Christian and are involved in the practice of yoga, read on. Here I share why Christians should never practice yoga and its dangers. I’m going to highlight several falsities that the modern church has been adopting for some time. Once aware of this information, it’s up to you to decide whether you will partake in it.

When I originally published this topic some years back, twitter attacks filled my feed. It struck a chord and was one of my most attention-grabbing writings.

The goal here is to shine a light on the truth and expose the works of darkness. Exposure to the truth will set your soul free.

This topic came about because one day, I told my Dad, George, that I wanted to try yoga for anxiety and calmness. He proceeded to give me some biblical reasons as to why this would not be a good idea—not even the stretching. Years prior, he had done some studying on this to see the deception.

Learning about yogas deception led me to my research. I quickly understood why every time someone recommended yoga to me in the past (as much as I wanted to try it), I was never able to pop in the DVD, stream a session, or register for a class.

It was always on my to-do list, but the Holy Spirit protected me from moving forward with it.

Check out the Video Here:

A Brief Overview About Yoga

Yoga is a widespread Middle Eastern religious practice. In the western world, it’s often passed off by fitness instructors, doctors, schoolteachers, and psychologists as an excellent way to exercise, stretch, and relieve stress.

However, the very roots of yoga (its stretching and meditation) are in opposition to Christ, as yoga is rooted in paganism.

There are many levels and types of yoga.

Like anything you learn or practice, you start as a beginner and advance into higher levels. One goal is to ultimately awaken the coiled kundalini spirit (a serpent) at the base of the spine. With what we know about the serpent and Eve in the Garden of Eden, we know that this practice is demonic.

In 2016 Yoga Journal released a study that shows 20.4 million Americans are now practicing yoga, up from 15.8 in 2008. Woven into these large numbers of yogis are many professing Christians.  There are also many Christian yoga movements—just Google and see.

If you claimed Christ as your Savior and surrendered to His Lordship, you must use your spiritual discernment here.

Yoga is a Hindu discipline aimed at training the consciousness for a state of perfect spiritual insight and tranquility.

The term yoga derived from “yoking together,” which means to add, to join, or unite.

The earliest yoga-practices took place in the Buddhist Nikayas. Yoga physiology described humans as existing in three bodies and five sheets, and energy flowing through energy channels and concentrated in chakras.

David Gordon White says, “Yoga is a technique for entering into other bodies, generating multiple bodies, and the attainment of other supernatural accomplishments.”

Finding your center through stillness and meditation is like becoming one with the gods and nature.

Even Def Jam Records founder, Russell Simmons, has been an advocate for yoga for years and published Success Through Stillness: Meditation Made Simple, during the time of my first writing on this. They are thus sharing this practice with a new demographic.

Likewise, the word karma (that Christians so loosely use and should stop) has yoga roots.

Are you aware of the practice called “karma yoga?”

Yogis believe in good and bad karma, reincarnation, and that they’re one with everything that exists, including God, animals, and nature.

A Christian Practicing Yoga is an OXYMORON

Carol Matrisciana was born and raised in India for the first 20 years of her life. She never practiced yoga because it’s a Hindu religious practice.

Christians in India don’t dare practice any part of yoga because they understand its purpose.

Incorporating yoga into your lifestyle is like saying I’m a Hindu/Buddhist Christian.

It’s like a practicing Muslim or Buddhist incorporating Christian practices into their lifestyle, such as baptism, communion, or Holy Scripture promised to a Believer. 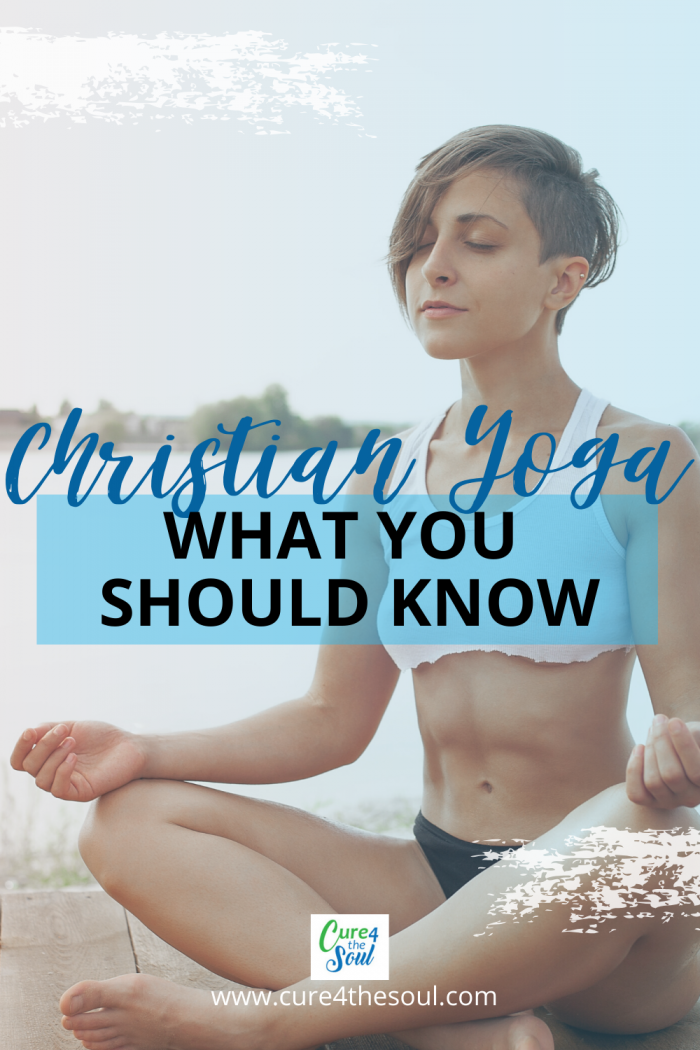 Unauthorized use of God’s Word is declared by those who don’t believe in the deity of Christ. Some dismiss Jesus is the Son of God (and God). Additionally, many don’t think His death, burial, and bodily resurrection are actual. I feel some way if you are mishandling God’s Words.

You should feel some way too since you know what Jesus’ gospel means to you.

God and idolatry do not mix; neither does adultery and marriage—love and hate, or fear and faith. Therefore, the titles “Holy Yoga,” “Yoga for Christ, and “Christian Yoga” are oxymorons. Are you following me?

C4tS family, there is no such thing as a Christian yogi—you can’t separate the stretches (which prepare the body for offerings unto the gods) from their spiritual meaning.

It’s through the stretches that yogis are connecting to higher enlightenment and becoming one with nature and what they deem as a god.

Some churches offer yoga classes, and they claim to have made it a Christian version—let’s be clear, my friend—that isn’t possible.

The devil was thrown from Heaven because he wanted to be God. Therefore, when we offer and prepare our body by stretching in these poses, and our mind through stillness (meditation) to become one. These are sins of self-worship, pride, and idol-worship.

There are so many new age, mystical, religious, and Eastern practices that have made their way into our churches and pulpits. These teachings are false and rob God of His glory. They take away from the power the Word of God provides on its own.

Jesus died for our reconciliation unto Him. Upon our belief in Christ’s death, burial, and resurrection, the Holy Spirit (which offers instruction, direction, correction, and power) is deposited into each professing believer.

Consequently, since salvation doesn’t make any of us one with God, how can yoga?

God is the Creator of All

God is self-contained, omnipotent, omnipresent, omniscient, and supreme. Although we have many heavenly blessings since our adoption into the family of God—we are still His creation made in His image.

Therefore, the Devil is a Liar. It’s a lie when a church, fitness instructor, or practitioner says yoga is just relaxation and exercise.

When they speak like this, they are being manipulated by the enemy (the serpent) too.

It’s the same lie from:

Genesis 3:1-5 NKJV that says, “Has God indeed said, ‘You shall not eat of every tree of the garden’?” And the woman said to the serpent, “We may eat the fruit of the trees of the garden; but of the fruit of the tree which is in the midst of the garden, God has said, ‘You shall not eat it, nor shall you touch it, lest you die.’” Then the serpent said to the woman, “You will not surely die. For God knows that in the day you eat of it your eyes will be opened, and you will be like God, knowing good and evil.”

Please pick up what I just put down. Look at the serpent’s question and response—it’s pure deception!

Well, LaTanya, I’m genuinely a dedicated and educated Christian, and I know doing yoga isn’t wrong. It feels so good and helps me to calm down, relax, and sleep better. Okay, I hear you, but my response is this, what does scripture teach, and how does God feel about you looking within yourself for the peace that He alone has the power to give?

Deuteronomy 5:7 NKJV says, “You shall have no other gods before Me.”

I hope you’re okay with denying the research by Bible teachers and scholars that warn against yoga. Your decision is between you and God.  There are many hours of research and books written about this topic from people that dedicated themselves to uncover this masquerading fraud.

GUARD YOUR HEART AND MIND

Meditation, God’s way, is different from yoga relaxation/meditation. God’s way wants us to think, while yoga’s approach is to empty and still your mind and get into a relaxed state of consciousness. Yoga’s philosophy contradicts the Bible, according to scripture, and makes you vulnerable to demonic spirits.

Joshua 1:8 NKJV says, This Book of the Law shall not depart from your mouth, but you shall meditate in it day and night, that you may observe to do according to all that is written in it.

God wants His children to think and to be watchful. Thinking and watching are not possible if we’re emptying and quieting ourselves. We are not to allow for some force to take over our hearts and mind.

I’ve also watched videos of people that have been tortured by demons once they reached a certain level of yoga and awakened that kundalini serpent. Jesus was the only one that could save them, and now they are living victoriously.

Research this topic of yoga deeper if you are still not convinced of the dangers.

Remove all idols so God can heal your soul.

So what are your thoughts about practicing yoga? I’d like to know. Also, share this post with two friends that may benefit from this. Thank you for being a blessing by taking the time to read this post.

The Berean Call Radio Broadcast “Can Yoga Be Christianized?” “Is Yoga Demonic?” “Yoga and the Body of Christ” Dave Hunt along with T.A. McHahon

TV Show Christ in Prophecy “Can Yoga Ever Be Christian?” 2011

5 REASONS YOU ARE NOT USING THE GIFTS AND TALENTS GOD GAVE YOU PT. 1 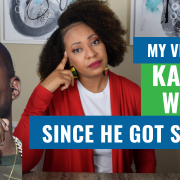 Cure 4 the SoulKanye West – My View Since He Got Saved 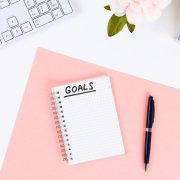 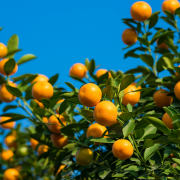 Law of Attraction and Christians

This Huge Distraction is Keeping You Stuck
2 replies

7 Benefits of Living for the Lord